We often need students to log into virtual machines during class… and this is one of the servers we built for that purpose. Build log first:

Trying to fit a 14 Core Xeon E5-2683v3 into the smallest form factor (minibox m350) was not easy, but sometimes physical space constraints in the server room make such a build worth it. The hardest part of the build was getting parts to fit around the 2011-3 socket, as most ITX hardware is available for the 1151 socket.

Many mistakes were made, and here are the key takeaways:

It’s now comfortably runs several virtual machines (dozens of concurrent users for KTByte computer science classes).
Here is an early picture with the wrong cpu fan (Dynatron R13 is too loud!) and hard drive. Although it is possible to build with the R13 and this SSD, it sounds like a jet taking off. Pen for scale: 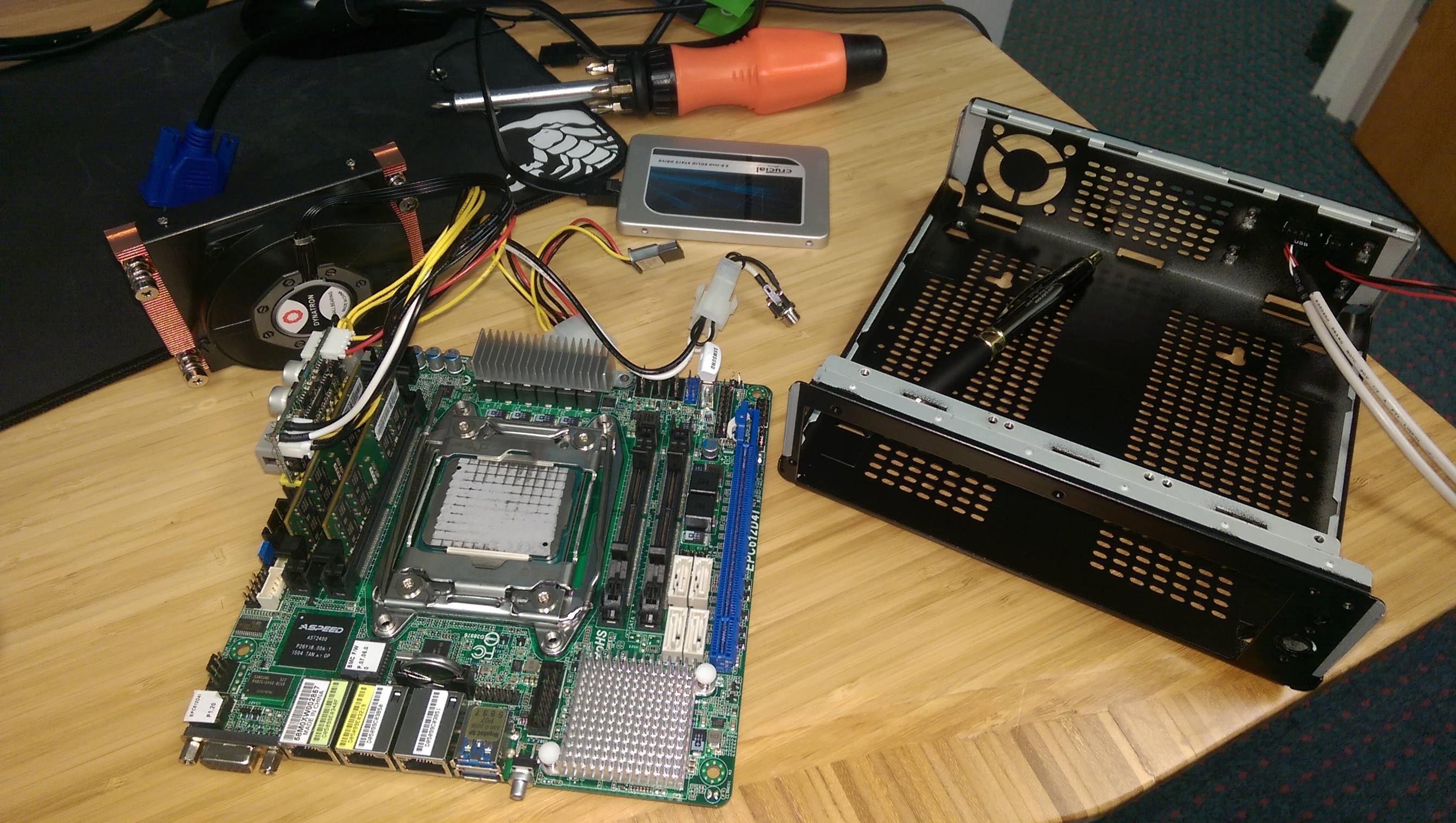 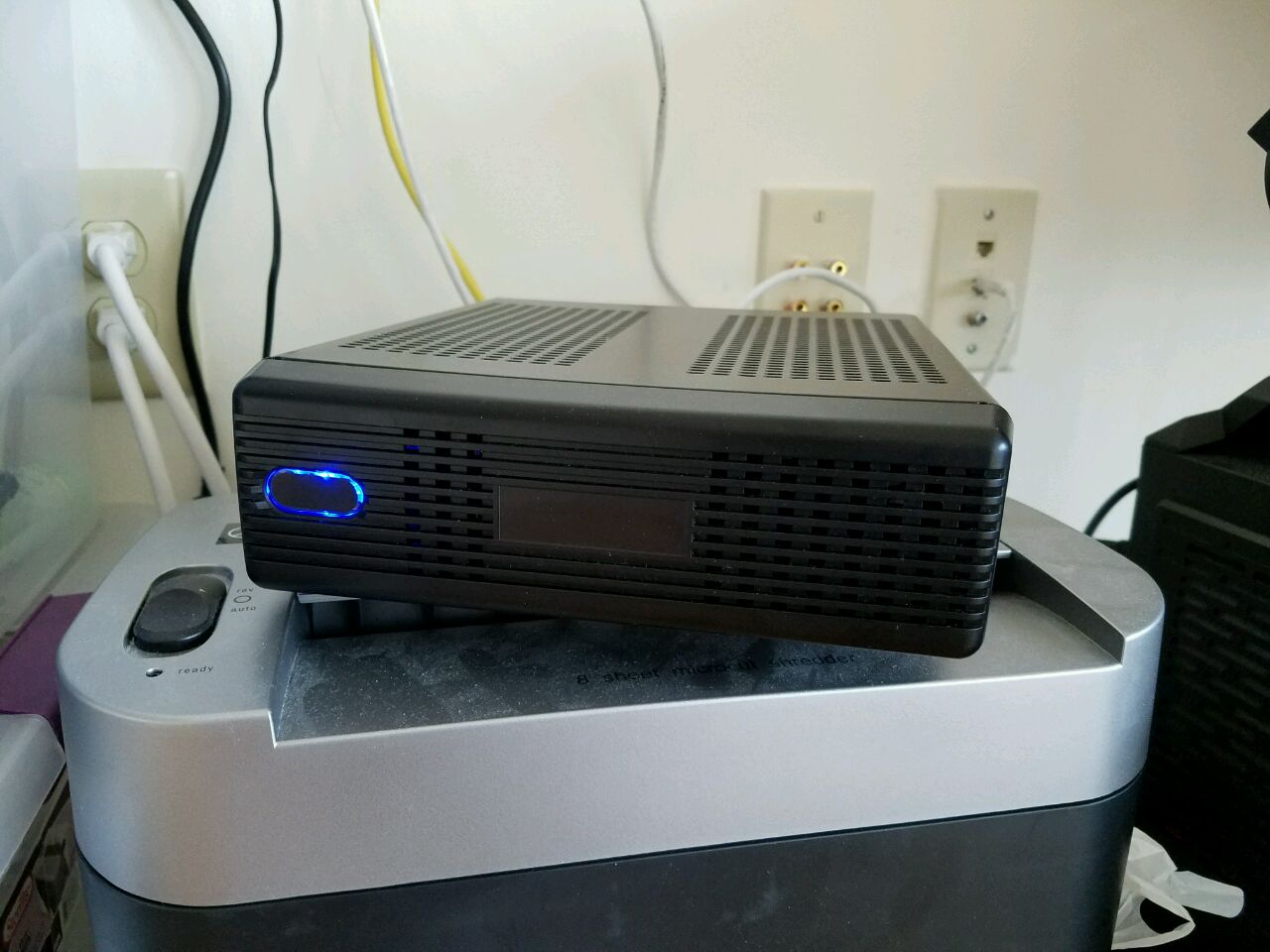